﻿The National History Museum is one of the largest and richest history museums on the Balkan Peninsula. More than 700,000 cultural monuments are preserved inside it, representing the history of the present Bulgarian lands from the period 8,000 years ago to the present day. Only 10% of all these valuables and monuments are exhibited in the museum halls.
The National History Museum was established in 1973; its first exhibition was opened in the building of Sofia Court in 1984 in honor of the 1300th anniversary of Bulgaria as a state. Since 2000 year, the museum has been located in the former building No 1 of the government residence in the Boyana residential section, Sofia.
The main museum exhibition is presented in five halls: Prehistory, Ancient Thrace, and the Middle Ages – First (7th-11th century) and Second Bulgarian Empire (12th – 14th century), the Bulgarian lands in the 15th – 19th century and the Third Bulgarian Empire (1878 to the present day).
The collection, dedicated to Prehistory (7th – 2nd millennium BC) presents various bone and flint tools, idol statues, ornaments and pottery.
Another hall of the museum presents unique treasures from Thracian times. The museum also preserves the worldwide famous Panagursko, Rogozensko and Letnishko treasures along with the treasure, discovered near the village of Duvanlii. The many burial gifts, discovered during mound explorations across the country, can also be seen in the museum.
The Medieval history of Bulgaria is presented in a special hall. The collection includes items from the ages of the First (7th – 11th century) and the Second (12th – 14th century) Bulgarian Empires – jewelry, coins, decorative pottery, icons, reliquaries, etc. The exhibition in another hall tells the story of the Bulgarian lands during the period of the Ottoman Dominion (1396 – 1878). This period of the Bulgarian history is divided into two parts – Late Middle Ages (15th – 17th century) and Bulgarian Revival (18th – 19th century). The struggle for church and national independence, the revolutionary organization’s activity, the outbreak of the April Uprising in 1876 and the liberation of Bulgaria from the Ottoman Dominion are presented by various items.
Visitors can learn more about the history of the country after the Liberation from the Ottoman Dominion until 1946, in the next hall. The development of the new Bulgarian State is illustrated with more than 600 exhibits. Special attention is paid to the Bulgarian monarchs – items, which used to belong to the royal family, as long with many physical pieces of evidence since the revival of the Bulgarian State (1878 – 1946), can be seen exhibited in the museum.
The antique coins are exhibited in a separate hall – coins from the time of tsar Ivan Asen the 2nd (1218 – 1241) and tsar Ivan Alexander (1331 – 1371), Byzantine coins, etc. are among the valuable exhibits.
The ethnographic collection of the museum shows a reconstruction of a Renaissance school.
A rich collection of stone columns and monuments from various periods (Greek, Roman, Byzantine), are situated in the courtyard of the museum.
Souvenirs, informational materials and specialized literature are sold at the museum. The museum also offers a library.

﻿Opening hours
Opening hours:
In winter (November – March)
09.00 am – 05.30 pm
(the cashier works until 04.45 pm)
In summer (April – October)
09.30 am – 06.00 pm
(the cashier works until 05.15 pm)
The museum is closed on official holidays:
1 January, 3 March, 24 and 25 December.
Admissions:
For individual visitors – BGN 10.00.
For students – BGN 1.00.
Visitors whose village or city has exhibits displayed at the exhibition of NHM (NHM partners) – the discount is 50% according to the contract.
Tours:
Guided tours – in Bulgarian, English, French, Spanish, German, Japanese or Russian language:
Overview tour: (lasting 1h and 30 min)
In Bulgarian – BGN 15.00
In a foreign language – BGN 30.00
Tours for people with specific needs:
(lasting an hour)
In Bulgarian – BGN 10.00
In a foreign language – BGN 30.00
Guided tours for children and students:
In Bulgarian – BGN 10.00
In a foreign language – BGN 30.00
The groups with an appointment have an advance. The appointment is valid for up to 20 minutes after the arranged time.
The groups include up to 25 people.
Admission is free of charge:
Every last Monday of the month.
For soldiers in uniform and disadvantaged people.
For preschoolers.
Special discounts:
On 17 September – the day of Sofia
1 November – Day of the Leaders of the Bulgarian National Revival
entrance is free for students, admission for everyone else is BGN 1.00
Price for picture and video taking:
With a camera – BGN 10
With a video camera – BGN 80
Price for movie projection – BGN 0.30 per visitor

Transport to the National History Museum: buses No 63, 111; trolleybus No 2 and fixed route taxi No21. 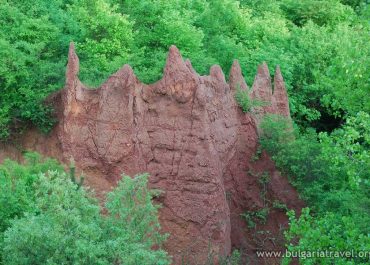 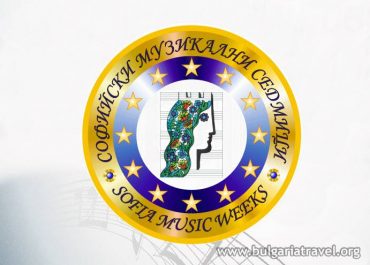