﻿The town of Sliven is situated 300 kilometers east of Sofia and 100 kilometers west of Burgas City. Sinite Kamani (The Blue Stones) is a name, which has become emblematic for the town of Sliven. This is what the rock, rising in the vicinity of the town, is called. The stones and the rocks are not blue at all. One of the possible explanations is that the rocks look blue under specific atmospheric conditions – generally at night. The more prosaic explanation for the color of the rocks is their geological composition – they are one of the largest deposits of kvartsprofir in Europe.
This was the name, given to the locality declared in 1980 Natural Park. Nowadays, Sinite Kamani Natural Park covers an area of 11,380.8 ha and is part of the protected areas network in the country. A part of the park territory – the areas Grebenets – Stidovo fall within the broad migration route of the birds – Via Pontica. Sinite Kamani Natural Park has 6 natural landmarks – Halkata (The ring) is one of the most famous. It is a rock phenomenon and is a favorite place for tourists due to its proximity to the town. The Kutelka reserve also falls within the Sinite Kamani Natural Park – it was declared a reserve in 1986 to preserve the Moesian beech (Fagus silvatica ssp. moesiaca) communities and the rock habitats of many birds of prey. The area of the reserve is 708 hectares.
Despite its small territory, Sinite Kamani Natural Park is characterized by great biological diversity. 97 lower plant species were discovered in it, 43 of them are algae species and 54 are lichens. There is a total of 1,027 higher plant species with 29 subspecies. The park is home to 70 species and 7 subspecies of endemic, rare, relic and protected plants. Some of them are the Urumov’s Tulip (Tulipa urumoffii), David’s colchicum (Colchicum davidovii), Fritillary (Fritillaria pontica), Violet Limodore (Limodorum аbortivum), Arab aethionema (Aethionema arabicum), Snowdrop anemone (Anemone sylvestris), Belladonna (Atropa bella-donna), etc.
The fauna in Sinite Kamani Natural Park is represented by 244 vertebrate species and 1,153 invertebrate animals. 5 groups of invertebrates are the most studied of all the invertebrate fauna – such are the groups of spiders and butterflies. The first information about butterflies in Bulgaria came from the Sliven region (it was published in 1835 – 1837), and the first Entomological Society in the country called Firefly was established here at the end of the 19th century. 78% of the discovered vertebrates in the area are protected by the Biodiversity Act, 23 species are included to the globally endangered animals. There are 176 bird species in the park, 149 of them are protected. The raptors are of particular interest. The rock formations of the park are a comfortable place for them to nest. Sinite Kamani Natural Park is one of the four areas in the country, participating in a massive project, the main purpose of which is to restore the Griffon Vulture (Gyps fulvus) in Bulgaria.
Many of the most famous areas of the park are related to the history of Sliven and Bulgaria. There is a direct link with the memory of the haidouk movement in Haramiyata area. Bulgarka peak, with its 1,181 meters of height above the sea level is the highest in the Eastern Balkan Mountain; Daulite area is located nearby – it is a preferred place for winter recreation due to its 300-meter long ski track. In Ablanovo area – at a distance of 6 kilometers from the town – lays one of the first forest nursery gardens in the country created in the year of 1898.
An asphalted road facilitates the access to the mountain – most of the areas can easily be reached by car. An open seat lift can bring the tourists in 20 minutes to the higher lift station in the Karandila area, which is a well-known mountain resort in this area of the country. More than 50 paths exist on the territory of Sinite Kamani Natural Park. They appeared as a basis for the establishment of 18 paths of various orientations – biological, historical, comprehensive. The natural resources of the park provide opportunities to practice various sports, such as mountain climbing, caving, cycling, motoring, paragliding, ski sports and mountain hiking. The directorate of the Nature Park takes care of the creation and maintenance of the recreation sites, the route marking and the placement of boards and signs with information about the tourist routes, the natural resources of the park and the rules for the Conservation of nature. The well-organized and developed tourist path and trail network is used for mass mountain hiking during the summer season. Two specialized paths were built and are maintained by the Park Directorate – the eco path in Mollova Koriya area and the Path of Health in Ablanovo area, which is designed for people with diseases of the locomotory system and people with impaired vision.
The Visitor Information Center of Sinite Kamani Natural Park is situated at the foot of the mountain, in the northeastern part of Sliven and in the beginning of the Path of Haiduks famous among the people from Sliven. Its permanent exhibition illustrates the most typical examples of the animate and inanimate nature in the Park – collections of rock samples, mosses, lichens, herbarium and insects. Photograph panels show the flora and fauna along with the landmarks and famous places in the park. Sinite Kamani Natural Park is included in the list of 100 National Tourist Sites in Bulgaria.
An employee of the Park Directorate provides information about the park to tourists and guests of Sliven in the Tourist Information Center in the center of town.
Hunting, chasing of the animals, collection and destroying of the bird eggs and nest destruction are forbidden.

The easiest and shortest way to the Karandila area is by the rope lift, starting from the lower lift station, located in the northeast part of Sliven, at the foot of the mountain. It can be reached by car, by following two different routes. The first one passes near Ablanovo area, and the second goes through the northeast exit of the town to the village of Ichera and the town of Kotel.

Experts from the Tourist service Directorate are available. Guided tours are offered in English and Bulgarian language.

﻿The specific microclimate in the area of the town of Sliven is characterized by frequent winds. Before visiting the Natural Park, find information about the weather there and note that the lift station near Karandila area doesn’t work in case of strong winds. 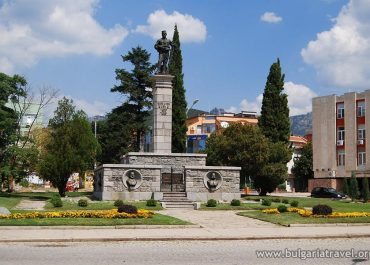 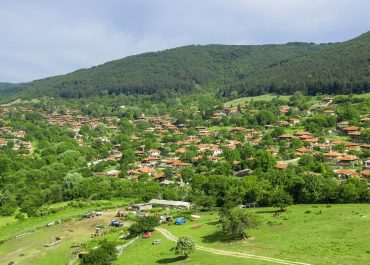 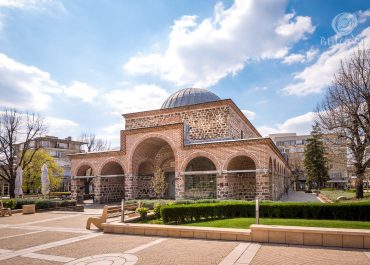 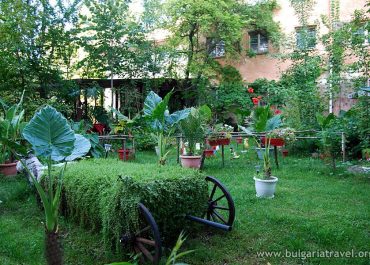