﻿The origin of the monastery complex Mala Sveta Gora of Sofiyska Sveta Gora was laid in the 13th century when most of the monasteries in Sofia were built. The complex includes 14 monasteries, located along the Vitosha mountain and the surrounding mountains. The complex occurred spontaneously and was formed over the centuries. In the beginning, the Bistrishki monastery was the main monastery. Nowadays, only the church “St. George” remains in the village of Bistritsa. The most important monastery cloisters are located in the mountains, surrounding Sofia; some of them were preserved to the present day. These are the Dragalevski monastery “Holy Mary”, the Kokalyanski monastery “St. Archangel Michael”, the Cherepishki monastery “The Assumption of Mary”, the Etropolski monastery “St. Trinity”, the Osenovlashki monastery “The Seven Altars”, etc. Nearby lie the monasteries in Pernik – the Kalkaski monastery “St. Petka”, in Radomir area – the Radiboshki monastery “St. Trinity”, the Zemenski Monastery “St. Yoan Bogoslov”, the Peshterski monastery “St. Nikolas”, in the Breznik area – the Bilinski monastery “St. Archangel Michael”, the Rebrevski monastery “St. Nikolas” and Giginski monastery “St. Bezsrebrenitsi Kozma and Damyan”, in Tran area – the Nedelnishki Monastery, the Glogovishki and Mislovshki monasteries, in Godech area – the Cheparlinski, Razboishki, Shumski, Malovski, Ponorski and Vasilovski monasteries.
Around the monasteries of Mala Sveta Gora, which were centers of the national spirit and culture over the centuries, settlements were gradually established, which nowadays are a part of Sofia city.
The Cherepishki monastery “The Assumption of Mary” is situated in the Iskar valley of the Balkan Mountain, 2 kilometers southwest from the village of Lyutibrod and 29 kilometers southeast of the town of Vratsa. The monastery was built during the ruling of Tsar Ivan Shishman (ruled 1371 – 1393). The residential buildings, which can be seen by the visitors nowadays, were built in 1836. In 1784 an ossuary on two floors was built in the cliffs over the monastery. Its chapel was dedicated to St. John the Baptist. In the middle of the 19th century, some of the monastery buildings were destroyed in a collapse or a fire, but they were built subsequently several years later, on Memorial day –15 August – the Day of Virgin Mary.
Near the Dragalevtsi residential area of Sofia, about 1.5 kilometers southwest is the Dragalevski monastery “St. Mary of Vitosha”. It was established by Tsar Ivan Alexander (ruled 1331 – 1371 AD) in about 1341 and remained after the Ottoman enterprise in 1382. The monastery church was renovated and painted in 1476.
The monastery complex consists of a church, residential buildings and outbuildings. In the 17th century, it also had a monastery school. The monastery had provided refuge for the revolutionist Vasil Levski (1837 – 1873).
The monastery was declared a cultural monument. The library holds its early liturgical books and a manuscript of the 4th Gospel of 1534 AD. 15 August – the day of the Virgin Mary was chosen for a memorial day.
The Kokalyanski monastery „St. Archangel Michael” lies a few kilometers from Kokalyane, in the eastern part of Plana Mountain. It used to be linked by a road with the Bistrishki, Dragalevski and Boyanski monasteries. Nearby the fortress of Urvich was situated, this was one of the last Bulgarian fortresses, taken over during the invasion of the Ottoman Turks.
The monastery was founded during the Second Bulgarian Empire (1185 – 1393 AD) and was destroyed during the Ottoman invasion. It was restored in the 14th century. It was often attacked and robbed between the 14th and 19th centuries. In 1898, the new church was built. Only a stone inscription remained of the old one. The complex includes a church, the chapels “The Assumption of Mary” and “St. John of Rila”, as well as residential buildings and farm buildings, and a bell tower, built in 2000 AD. The monastery keeps the famous Kokalyan collection, dating back to the 16th century, as well as relics, related to the reign of the last medieval ruler King Ivan Shishman (ruled 1371 – 1395). The monastery has two memorial days –8 November – the day of St. Archangel Michael, and 15 August – the day of the Virgin Mary. The monastery was declared a cultural monument.
The Etropolski Monastery “Sveta Troitsa” is located about 6 kilometers east of the town Etropole. It is believed to be founded in the 12th century AD. The monastery is a complex of church, residential buildings and farm buildings. The church was built in 1859 AD. The complex includes two chapels – “St. John the Baptist” and “St. Kozma and Damyan”. In the 16th – 17th century the monastery used to be the biggest spiritual center in northern Bulgaria. The Varovitets karst spring, which forms a beautiful waterfall, is located near the monastery.
The monastery was declared a cultural monument. The memorial day of the monastery is Pentecost (The day of the Holy Trinity).
The Osenovlashki monastery “St. Mary” is also known as “The Seven Altars”. It is located in the foot of the Balkan Mountain, 15 kilometers of Eliseyna station. The fortress Latinsko Kale was situated in the vicinity. According to the legend, the monastery was built in the 11th century, and later it was destroyed and rebuilt many times. The church, as we know it today, was built and restored in 1815 AD. Its name came from the seven altars (chapels), separated by walls in the dome, between the “shoulders” of the main cross. A unique cultural monument is the wooden chandelier “Horo”, consisting of 15 separate parts and presented by the villagers of Leskov Dol village.
Memorial day of the monastery is 8 September – The Birth of the Virgin Mary.

﻿The Cherepishki monastery can easily be reached by car from Sofia, following the road to the town of Mezdra through the Iskar Gorge. About 15 kilometers before Mezdra is a narrow side road, which leads to the gates after 100 meters.
The Dragalevski monastery can be reached by an asphalted road, separated from the road Dragalevtsi – Aleko hut.
The Kokalyanski monastery is relatively difficult to reach. The first route is through the center of the village of Kokalyane, from where a road leads to the monastery. The second route is a walkway, lasting about 40-50 minutes, starting from the mouth of river Egilya on the main road from Sofia to Samokov.
The Etropol monastery can easily be reached by the road for the town of Etropole from Hemus highway. Shortly after the town turnoff for the monastery begins a 2.5 kilometer asphalted road, leading to the monastery.
The Seven Altars are easily reachable by car from Sofia, by following the path to Mezdra through the Iskar Gorge. There’s a turnoff at the village of Eliseyna through a railway crossing, leading to an asphalted road, 12 kilometers long, leading to Osenovlag and the gates of the monastery. 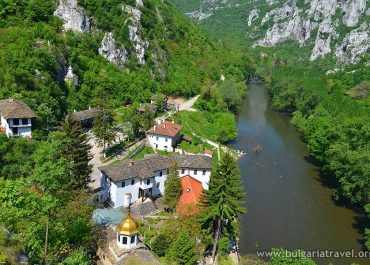 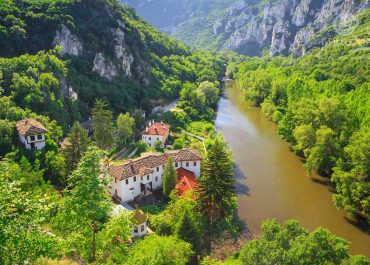 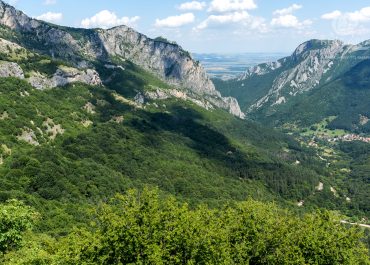 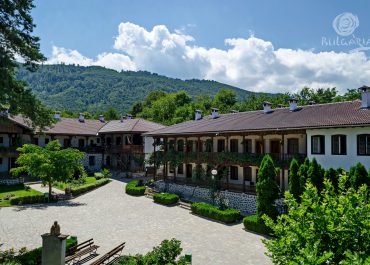 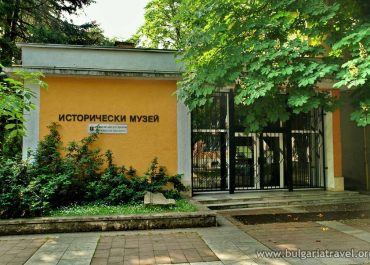