﻿The Russian church “St. Nikolay” is located in the center of Sofia, at the intersection of Rakovska and Tsar Osvoboditel streets. It is one of the most remarkable buildings in Sofia. It was built in the period between 1907 and 1914 by a project of the Russian architect M. Preobrazhensky on the initiative of the Russian Embassy and on his land.
The wall paintings are works of Russian artists, under the directions of Vasiliy Perminov. There are 4 icons on the iconostasis, which are copies of the icons in the Kiev cathedral “St. Vladimir”. The five small domes of the church are covered in gold, and the bells were donated by the Russian Emperor Nikolay the 2nd. Until 1947 in the temple worked monks from the so-called Russian Orthodox church abroad and the temple was а center for the numerous Russian emigrants in Bulgaria. It was handed over to the diocese of the Moscow Patriarchate after 1947, who has been managing it to the present day.
The grave of Archbishop Seraphim Sobolev is laid in the temple crypt. The archbishop was considered a miracle maker by many orthodox Christians. Even nowadays many people write letters to him, asking for help, and leave the letters near his grave, believing that he will help them. He led the Russian Orthodox communities in Bulgaria from 1921 to 1950.
The temple is visited by many tourists and is an obligatory stop in the journey of the Sofia landmarks acknowledgment.

Contacts with the temple

The Russian church is included in the free walking tour called “Acknowledge the Downtown of Sofia”, organized by the Tourist Information Center in Sofia. The tour is in Bulgarian and is presented by a guide. 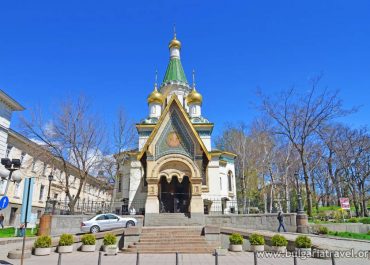 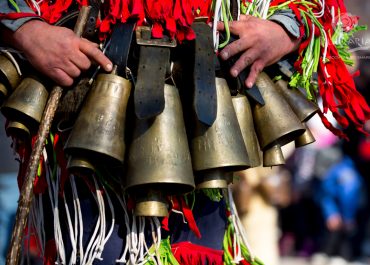 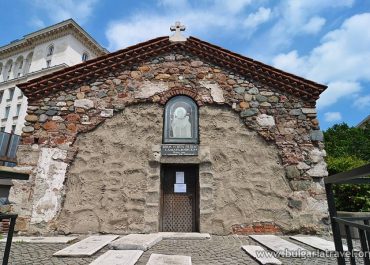 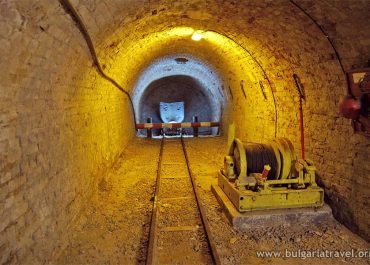 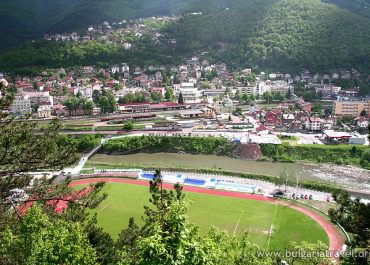