Lifestyles and cultures in what is now Bulgaria have developed over thousands of years. The country is located at the crossroad between Europe and Asia, and the lands of Bulgaria have been populated since antiquity. The Slavs and proto-Bulgarians were greatly influenced by the cultures of the Thracians, Illyrians and Greeks, and all peoples who resided on these lands – Thracians, Romans, Slavs, and Bulgarians – have contributed to the world’s cultural heritage. It is no accident that the earliest European civilization grew up here. Some of the most famous treasures in the world were discovered at the Varna necropolis, including the worlds oldest golden ornaments; There are Thracian tombs and sanctuaries in Kazanlak, Sveshtari, Starosel, Aleksandrovo, Perperikon, and Tatul. A large number of other golden artifacts have been found, in the Panagyurishte, Valchitran, Rogozen, and elsewhere. The remains of the Thracian, Hellenistic and Roman culture are many and varied. In the dozens of Thracians tombs that have been discovered, there are unique remains attesting to the high material and spiritual culture of antiquity. Entire city complexes had been found – Augusta Trayana, Trimontium, Nikopolis ad Istrum, Pautalia, Akre, Mesemvria, Apolonia, Serdika and many others. The traditions, festivals, customs, and rituals preserved by Bulgarians through the ages are evidence of the country’s profound spirituality and its dynamic lifestyle and culture.

Bulgarian customs are rooted in antiquity and are closely tied to the country’s history and particular expression of Eastern Orthodox Christianity. Dancing on live coals is an ancient Bulgarian ritual still practiced in a few villages in the Balkan Mountains. The ritual in its authentic form is performed on the name day of Saints Konstantin and Helena – 21 May or (3 June according to the old calendar. Fire dancers prepare for their dance by spending hours locked in a chapel, venerating the icons of these two saints while listening to the beating of drums and the music of gaidas (Bulgarian bagpipes), which is a special melody associated with fire dancing, after which they often fall into trance. In the evening they perform their special dance on live coals. During their dance they always hold aloft in both hands an icon of Saint Konstantin and Saint Helena. Amazingly, they never get hurt or burn their feet.

“Mummers” is another local tradition that also found in other societies in the world. The Mummer games are special customs and rituals conducted most often on New Year’s Eve and at Shrovetide. They are only performed by men, who wear special masks and costumes that have been made for the occasion by each of the participants. The mummers’ ritual dances are said to chase away bad spirits and demons at the beginning of every year, so as to greet the new year cleansed and charged with positive energy.

“Laduvane” is another interesting ritual thatis performed on the New Year’s Eve, George’s Day, Midsummer’s Eve and St. Lazar’s Day. At this ritual young women predict their future in marriage and the men they will marry. They address Lada, the goddess of love and family life, to ask her about their future husbands.

“Lazaruvane” is a ritual related to coming of spring. It is conducted on St. Lazar’s Day, eight days before Easter. The date of the celebration varies, but it is always on the Saturday before the celebration of Palm Sunday. On this day willow branches are picked and used to decorate the doors of houses on the following day. Then the young maidens in the villages pick flowers to shape as garlands on Palm Sunday. On Saturday maidens gather in the home of one of their number and dress in festive clothes decorated with flowers and sprigs. Then they walk through the village from house to house, offering blessings for good health and rich harvests. They are invited in and given small gifts. Probably the most important symbol of Bulgaria is the ritual of making and giving martenitsas for health and happiness at the beginning of March. For Bulgarians this is a symbol of the year’s renewal, again intended to promote health and successful harvests.

Especially well-respected in Bulgaria are traditions related to the circle of life – birth, christening, wedding, and funeral. Saints’ name days are also highly respected in the country, the most famous ones being St. John’s day, St. George’s Day, and St. Dimitar’s Day.

The holidays that are most honored by Bulgarians are undoubtedly Christmas and Easter – when the generations all celebrate together, united by the feeling of belonging to the harmonious Bulgarian family. Also especially highly honored are the first Sunday before Lent, the second Sunday before Lent, Mother’s Day, All Soul’s Day, and Lent.

While traveling around the country, tourists will become acquainted with various rituals and customs, many of which are typical only for specific regions in Bulgaria.

The Rose is the symbol of Bulgaria. Rose picking, one of the oldest and traditional customs of Bulgarians, has become primarily a tourist attraction. Carpets from the time of the Bulgarian Revival are now highly valued works of art. The major centers of carpet weaving are Kotel, Chiprovtsi and Samokov. Along with traditional handicrafts, Bulgaria’s people have also preserved a wide range of traditional popular customs and songs.

There are a number of architectural reserves in the country that preserve the unique Bulgarian architecture from the age of the Revival (18th – 19th centuries) – Koprivshtitsa, Tryavna, Bozhentsi, Zheravna, Bansko, and Melnik, among others. In some of the ethnographic complexes, such as Etara, Zlatograd, and Old Dobrich, tourists can appreciate first-hand Bulgarian customs and handicrafts, since residents continue to make articles according to old techniques passed down from generation to generation.

During the Bulgarian Revival, the monasteries served as centers of artistic and educational activity. There are still many working monasteries in the country – Rila Monastery, Bachkovo Monastery, Troyan Monastery, Zemen Monastery, Glozhene Monastery, Kilifarevo Monastery, Shipchenski Monastery, and others. Our country is also famous for its well-established national traditions of icon painting and wood carving. The best known icons and carvings are from Samokov, Tryavna and Bansko.

The Bulgarian national costume is an intrinsic part of Bulgarian lifestyle and culture. Over the ages, folk costume designs have been influenced by Thracian, Slavonic and ancient Bulgarian motives. The basic article of clothing is a white shirt with long sleeves, worn under vests and coats of various shapes, materials and decorations. There are four types of national female costumes: the single apron, the double apron, the tunic, and the sayana, and there are two types of national male costumes: white-shirt and black-shirt. Each ethnographic area (Dobrich, Pirin, Rhodope, Northern, Thracian and Sofia) has its own typical workday, holiday and wedding costumes.

An important part Bulgarian culture is folk music and national dances, such as the horo. Instruments typically used to perform Bulgarian national music are the fiddle, the mandolin, the kaval (flute), the gaida (bagpipe), the pipe, the dvoyanka (double pipe), the drum and the taranbuka, another percussion instrument. Bulgarian folksongs are handed down orally from one generation to the next. The ensembles “Cosmic Voices”, “The Mystery of Bulgarian Voices” and the folklore ensemble “Pirin” are internationally famous. Bulgarian traditional dances are exceptionally vivid forms of artistic expression. Most often they are performed by a group of people touching palms in a closed or open circle, semicircle, serpentine pattern, or in a straight line. Participants perform similar movements in unison, along with gestures and steps to a specific melody (the horo). Depending on the rhythm and the steps, there are a number of horo types: the standard horo, the rachenitsa, the paydushko horo and the improvised horo.

Bulgarians have developed their culture and enriched it over the millennia, and they preserve it and continue to develop it to the present day. In more recent times, Bulgarians have also had reason to take pride in their literature, arts, music, and architecture. A proof of ongoing involvement is Bulgaria’s rich cultural calendar of national and international festivals for young and old alike, as well as other gatherings, cultural events, and expositions. 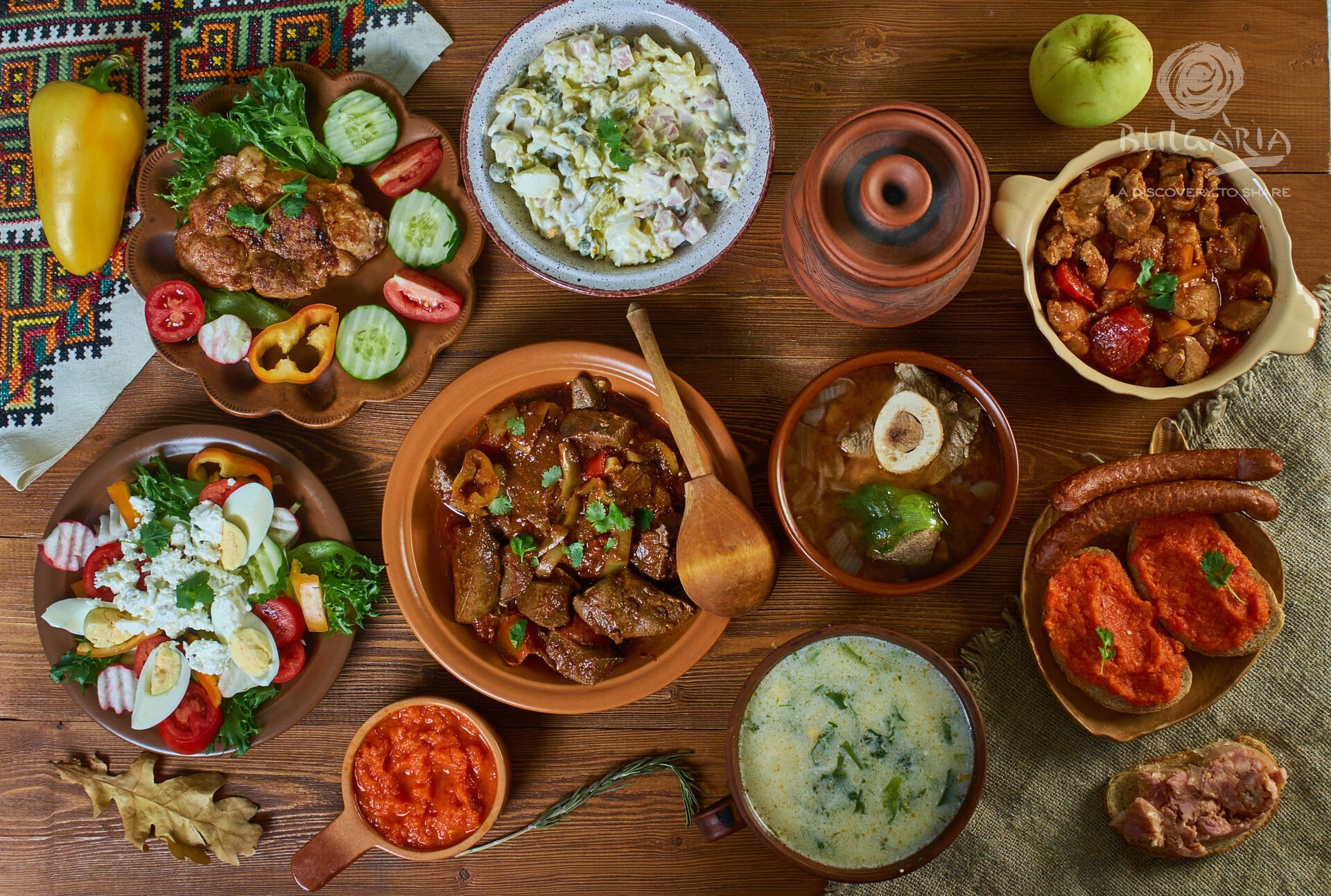 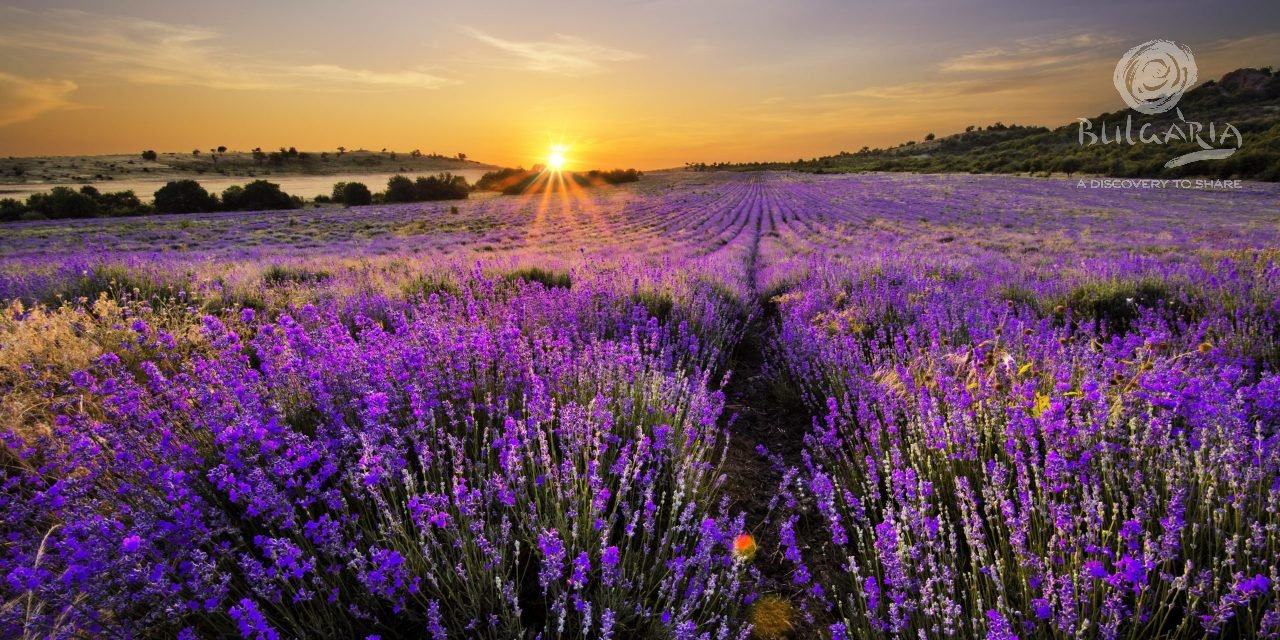